Happiness & Health: neurotransmitters that enhance happiness and feelings of wellbeing. 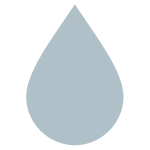 For decades researchers have studied happiness predictors. Results of these studies tell us that happiness is a result of several integrated factors. Happiness as an emotion is formed as a general interaction between internal (endogenic) and external (exogenic) factors. And if we understand the basics, there is a lot you and I can do with the information. Good news!

The Field of Positive Psychology Has Given Us Great Information & A fresh Perspective.

Positive psychology is an umbrella term for the scientific study of a healthy and thriving life for the self. It is the study of positive emotions, life meaning, engaging work, and close relationships, strengths, assets, and positive attributes. So could happiness be in part HOW WE LOOK AT OUR CIRCUMSTANCES?

Here are 3 LEVELS of life we can attain according to the field of positive psychology.

Twin studies using thousands of middle-aged twins using the Well-Being scale of Multidimensional Personality Questionnaire indicates that genetic factors can impact up to 35% of our happiness. So that leaves the majority of impact on exogenic or external factors. And that’s good news, because that’s the stuff we can control!

Our Brain and Neurotransmitters

Let’s get our discussion of dopamine out of the way first. Dopamine is a type of neurotransmitter and hormone. It plays a role in many important body functions, including movement, memory and pleasurable reward and motivation. Having too much dopamine — or too much dopamine concentrated in some parts of the brain and not enough in other parts — is linked to being more competitive, aggressive, and having poor impulse control. It can lead to conditions that include ADHD, binge eating, addiction and gambling.

Serotonin is a neurotransmitter that mediates satisfaction, happiness and optimism. Serotonin levels are reduced in depression, and most modern anti-depressant drugs, known as serotonin reuptake inhibitors (SSRIs), act by increasing the amount of serotonin available to brain cells. Welcome Prozac.

Norepinephrine is another neurotransmitter that is associated with our happiness levels. Norepinephrine is a naturally occurring chemical in the body that acts as both a stress hormone and a neurotransmitter (a substance that sends signals between nerve cells). It’s released into the blood as a stress hormone when the brain perceives that a stressful event has occurred.

Adrenaline (also known as Epinephrine) is a hormone and a neurotransmitter that releases from Adrenal glands. Adrenaline has many functions in the body, regulating heart rate, blood vessel and air passage diameters, and metabolic shifts; Adrenaline release is a crucial component of the fight-or-flight response of the sympathetic nervous system. Individuals with self-described higher levels of “personal growth” and “purpose in life” were found to have registered lower and with more stable levels of salivary cortisol and urinary adrenaline in biological testing.

Endorphins are peptides that function as neurotransmitters. They are released during continuous exercise, fear, love, music, chocolates eating, laughter, sex, and orgasm. Increased level of endorphins inhibits pain in the body and increases levels of positive feelings.

Is all of this science-y information (according to reasearch1) telling us that we can trick out brains into feeling happy? Well, the answer is…probably yes.

For example, if we rest our attention routinely on what we resent or regret—our hassles, our lousy roommate, what Jean-Paul Sartre called “hell” (other people)—then we’re going to build out the neural substrates of those thoughts and feelings.

On the other hand, if we rest our attention on the things for which we’re grateful, the blessings in our life—the wholesome qualities in ourselves and the world around us; the things we get done, most of which are fairly small yet they’re accomplishments nonetheless—then we build up very different neural substrates.

The problem, of course, is that most people don’t have very good control over their attention. we are constantly bombarded with stimuli that the brain has not evolved to handle.

Gaining more control over your attention one way or another is really crucial, whether it’s through the practice of mindfulness, for instance, or through gratitude practices, where we count our blessings. Those are great and important ways to gain control over your attention because for in those 30 seconds or 30 minutes you come back to focus and are actually re-wiring your brain.

The true take-away from all of this is we actually have some true control over feeling happiness. So carve out some time for your happiness habits, increase that serotonin and take charge!

(1)Rokade PB (2011), Release of Endomorphin Hormone and Its Effects on Our Body and Moods: A Review International Conference on Chemical, Biological and Environment Sciences (ICCEBS) Bangkok.